Print 1918 - Creation of the Common State of Czechs and Slovaks

1918 - Creation of the Common State of Czechs and Slovaks 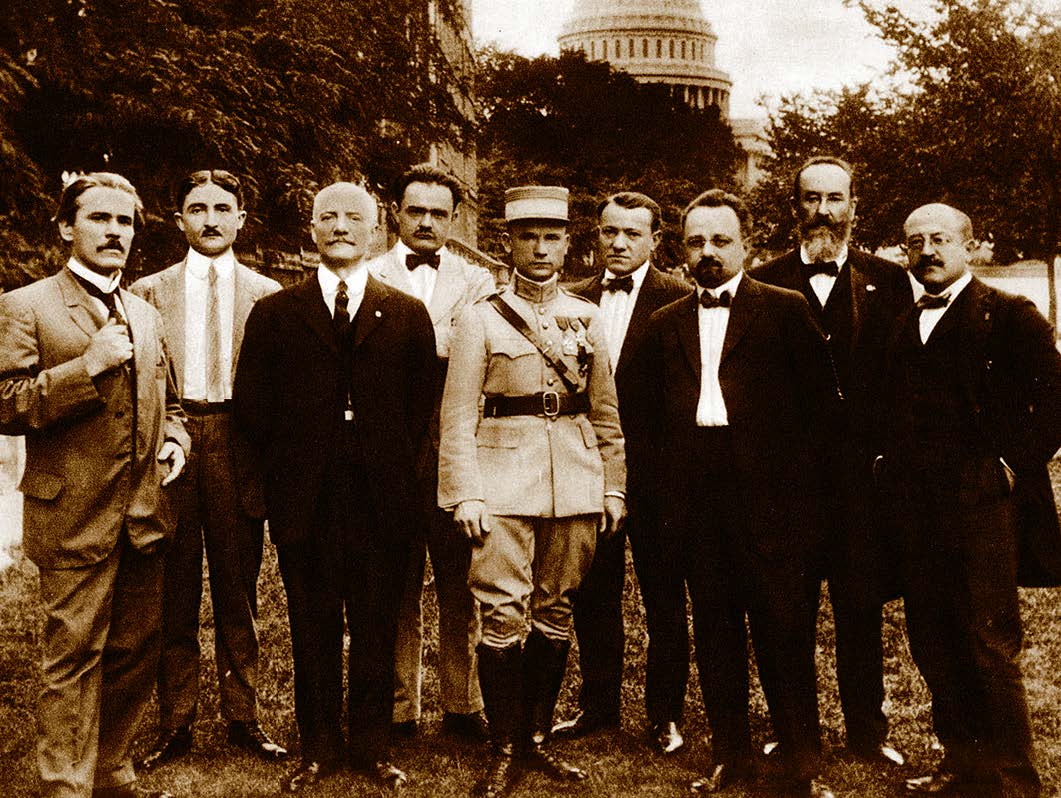 Milan R. Štefánik with American Slovaks and Czechs in front of the Capitol in Washington, D. C., USA

The Munich Agreement of 29 September 1938 between the four great powers – Germany, Italy, Great Britain and France – ceded the Sudetenland to Germany, while the Vienna Arbitration of 2 November between Germany and Italy handed the southern area of Slovakia to Hungary by diktat. Both settlements diminished Czechoslovakia territorially, prompting the quick and dramatic end of the Republic. The declaration of the independent Slovak State and the Protectorate of Bohemia and Moravia followed. Despite the circumstances and its status as a satellite of the  German Third Reich, the Slovak State was the embodiment of the idea of a Slovak independent nation state. Nonetheless, it was a totalitarian political entity. Parliamentarism, democracy and civil liberties were suppressed, while Slovak nationalism, a Christian world view and the leader principle were all celebrated in political life. The adoption of the Jewish Code systematically stripped Slovak Jews of their civil, political and economic rights, leading in 1942 to their mass deportation, which culminated in the Nazi final solution of the ‘Jewish question’ in concentration camps.

The wartime Slovak State collaborated with the Third Reich until the very last moment, not only promoting Hitler’s criminal plans, but also the criminal methods he used to implement them, and it acted against the goals of the anti-Hitler coalition. Not surprisingly, strong resistance developed in Slovakia.

In 1943, the various Slovak resistance movements united to form the Slovak National Council and concluded the Christmas Agreement – the programme of the anti-fascist movement in Slovakia. The illegal Slovak National Council operated within the Slovak army, the government and the political, economic and judicial institutions of the Slovak State, which co-operated to organize the anti-fascist uprising. The uprising started in late August 1944, when the German army began occupying Slovak territory. The driving force behind it was the rebel army, partisan groups and local people. Following the military suppression of the uprising, guerrilla warfare continued until the arrival of the Red Army in the spring of 1945. The military defeat of the rebels was also accompanied by severe reprisals, leading to mass executions of the population and the burning of villages. To this day, Kremnička, Nemecká, Ostrý Grúň, Kľak and other villages are synonymous with the Nazi atrocities.

DEATH TO NAZISM, a period poster