At the beginning of August 1968, communist party leaders of the Eastern bloc states met in Bratislava to adopt a declaration stating that “supporting, protecting and consolidating socialist achievements is the common international duty of all socialist countries”. This declaration was referred to as Brezhnev’s doctrine of limited sovereignty. At the same meeting, the leadership of the Communist Party of the Soviet Union was given a letter of invitation, signed by five conservative Czechoslovak communists, including Vasil Biľak on behalf of the Slovaks. Although rebellious Czechoslovakia would have been dealt with by force anyway, Alexander Dubček, father of Czechoslovakia’s reform communism and symbol of the Czechoslovak (Prague) Spring 1968 this “letter by the Five” gave the subsequent military invasion a semblance of legality and legitimacy. 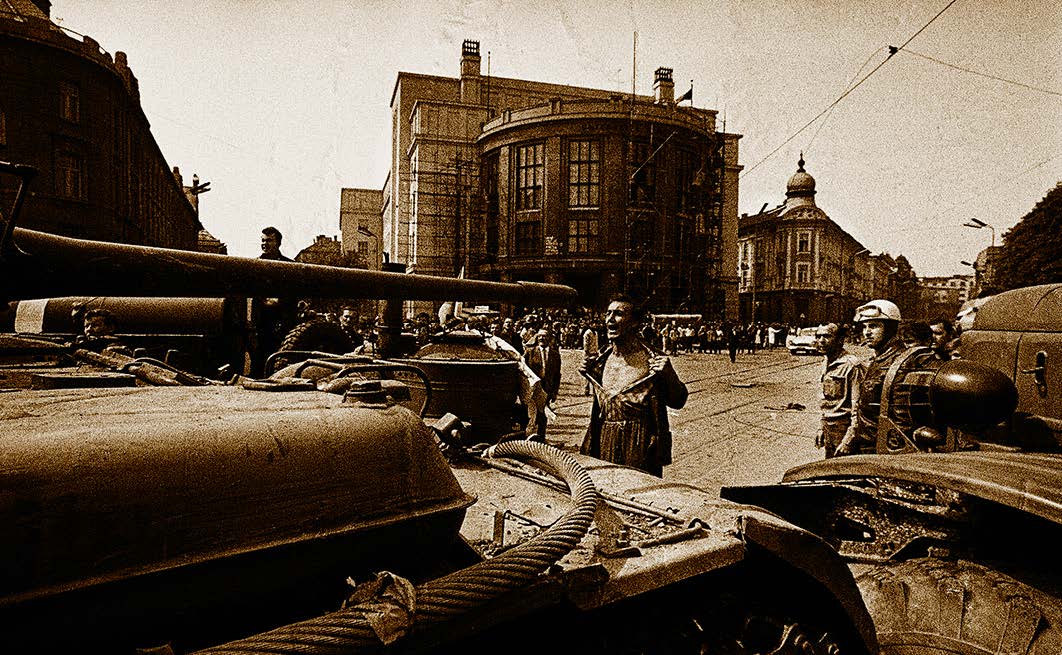 The invasion of Warsaw Pact troops in August 1968, a man baring his chest on Šafárik Square in Bratislava, photograph by Ladislav Bielik. The picture went all round the world

The invasion by five Warsaw Pact armies – USSR, Poland, Hungary, East Germany and Bulgaria – followed during the night of 20 to 21 August 1968. The population encountered it with spontaneous resistance, watching in horror the overnight occupation of a sovereign country by three hundred thousand foreign troops, more than six thousand tanks and support vehicles, four thousand artillery pieces and one thousand aircraft. It was the largest show of armed aggression in Europe since the Second World War. It forcibly stopped the democratic process and set the stage for its reversal. The Czechoslovak communist regime entered into a period known as normalization, heralding the end of the communist experiment in Europe. 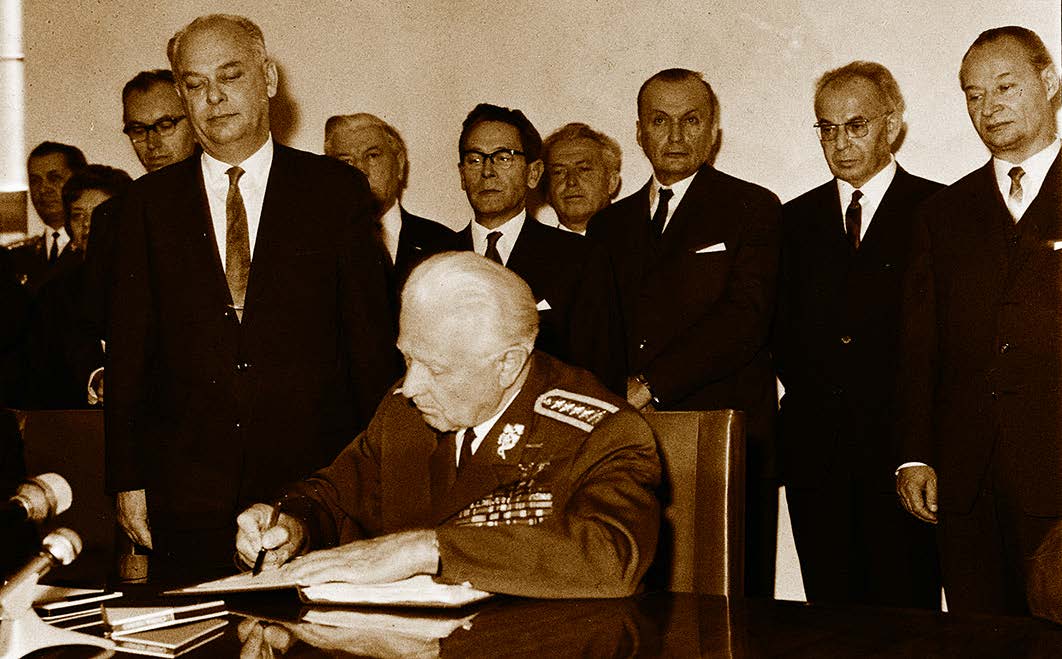 President Ludvík Svoboda signing the law on the Czechoslovak Federation in Bratislava Castle, 1968

In Slovakia, the process of democratization was strengthened by the past years of struggling for emancipation and Slovak national equality with the Czechs. Although this struggle for equality had been repressed, it fed into the legitimate requests for a federal constitutional arrangement. Ultimately, the Slovaks succeeded in their efforts. On 27 October 1968, the National Assembly of Czechoslovakia adopted the Czechoslovak Constitutional Act on the Czechoslovak Federation, which, among other things, stated “The Czech and Slovak peoples ...recognizing the inalienable right to self-determination including division... have agreed to establish the Czechoslovak federation”. On 30 October 1968, the Constitutional Act for the Czechoslovak Federation was ceremonially signed at Bratislava Castle. In 1987, the Slovak equivalent of the Czech-dominated Charter 77 movement was the samizdat publication of Bratislava/nahlas, a supplement on green issues by environmentalists, which was a clear statement about the position of members of the alternative cultural scene. In the eyes of the communist regime, a real antiregime action was the candlelight rally on Hviezdoslav Square, Bratislava, on 25 March 1988, which was held to draw the regime’s attention to its failure to observe human, civil and religious rights. The regime’s repressive and brutal retaliation against the peaceful gathering of five thousand citizens provoked a global response, causing embarrassment and an international scandal. 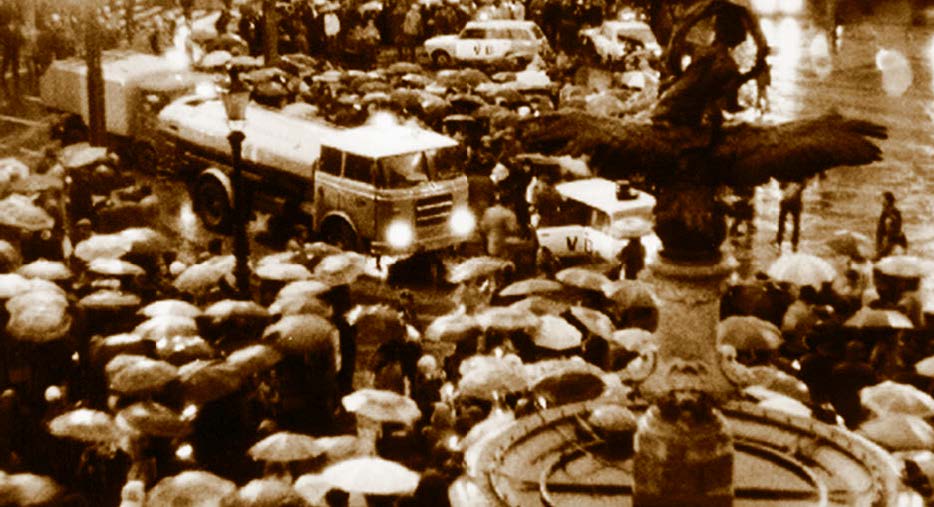