"In its foreign and security policy, the Slovak Republic will actively consolidate and promote the values of freedom, democracy, the rule of law, equality, human dignity and the protection of all human rights and fundamental freedoms, including freedom of religion, belief and religious tolerance." (Security Strategy, from paragraph 66)

On 28 October 2021, the Prime Minister of the Slovak Republic Eduard Heger, the Minister of Justice Mária Kolíková and the Minister of Foreign and European Affairs Ivan Korčok spoke at a high-level international conference Protecting Human Rights in the World, Protecting Our Rights - Experiences, Challenges and Solutions.

The event, organised by the Ministry of Foreign and European Affairs of the Slovak Republic, discussed the Slovak Republic's values-based foreign policy and support for the European Union's engagement in strengthening democracy and fundamental rights and freedoms as a prerequisite for stability and prosperity in the world.

Speech by Minister I. Korčok

Support for freedom of religion or belief

The Slovak Republic supports the freedom of religion or belief and religious tolerance at the multilateral forum: UN, OSCE and the Council of Europe. Every year, the Slovak Republic lobbies for the adoption of a substantive resolution submitted by the EU to the UN Human Rights Council (HRC) in March and to the UN General Assembly in Autumn.

Every year we commemorate the International Day of Remembrance of Victims of Acts of Violence Committed on the Basis of Their Religion or Belief (22 August), the proclamation of which we supported in the UN General Assembly in May 2019.

The Slovak Republic is a member of the United Nations Group of Friends of Victims of Such Acts of Violence, in New York.

The Slovak Republic is a founding member of the International Religious Freedom or Belief Alliance (Alliance), established in Washington D.C. in February 2020. The Alliance is an association of countries committed to promote freedom of religion or belief and protecting religious minorities around the world. It currently has 35 members. Alliance members are fully committed to the Declaration of Principles.

The Slovak Republic supported the Joint Statements on the Alliance on the HRC in September 2020 and in December 2020 in the UN General Assembly.

We have also supported the Alliance's statements on Afghanistan, on the impact of COVID-19 on religious minorities, on the release of prisoners of conscience during the COVID-19 pandemic, and on kidnapped Yazidi women and children.

Minister I. Korčok spoke on November 16, 2020 at the 3rd Ministerial meeting on Religious Freedom, organized by Poland. More information available

On July 2019 Minister of Foreign and European Affairs of the Slovak Republic M. Lajčák, participated in the 2nd Ministerial meeting on Religious Freedom in Washington.

Coalition currently has 50 members. Its aim is to protect the media where there are threatened, to point out individual cases, to help to prosecute those who persecute independent media and journalists, to support governments in their efforts to protect the media and to promote joint activities in multilateral forum. Canada and the United Kingdom initiated the founding of the coalition and they act as co-chairs. Once a year, a ministerial meeting of the Coalition is organised. On November 16, 2020, the State Secretary of the Ministry of Foreign and European Affairs of the Slovak Republic M. Klus took part in the conference.

Slovakia in 2021 supported Joint statements of the Coalition concerning the media freedom in China and Belarus.

Every year UNESCO is organising an annual conference on media freedom. On December 9 and 10, 2020 Minister I. Korčok, spoke at this conference co-organized by Netherlands in The Hague.

On the 46th session of HRC on March 9 2021 Netherlands in the name of more than 50 countries introduced a Joint Statement by presenting Haag commitment to increase the Safety of Journalists. The document was adopted in December 2020 on the conference in the Hague. Today 58 countries jointed the commitments. More details

Combating racism, xenophobia and other forms of intolerance, including Anti-Semitism, commemorating the Holocaust

The Slovak Republic is proactive in the UN, OSCE or Council of Europe. Fight against racism, xenophobia and discrimination is one of the priorities of the Slovak Republic in the field of human rights protection. Slovakia was also involved in this area during its membership in the HRC (2018 – 2020) and perceives its importance in connection with its candidacy for the UN Economic and Social Council for the years 2023 – 2025.

The Slovak Republic, together with more than 150 countries, commemorated the International Day for the Elimination of Racial Discrimination on the Human Rights Council on March 2021. The joint statement states that countering racism and racial discrimination, xenophobia, and related intolerance, and tackling racial inequality, are challenges faced by every State, which can be overcome through solidarity and cooperation.

In February 2019, the Slovak OSCE Presidency organized in Bratislava a High-Level Conference on Combating Anti-Semitism in the OSCE Region. The Slovak Republic is a co-author of Joint Statement  on the Fight against Anti-Semitism at the HRC in June 2018. The Slovak Republic supported an event on the fight against Anti-Semitism in Europe, which took place in December 2018 in Geneva, and the high-level segment on Anti-Semitism at the 75th session of the UN General Assembly, on November 17, 2020 in New York. The exhibition "David Unreich, The Champion who Challenged Hitler " recalled the human tragedies caused by Anti-Semitism and racial discrimination and emphasized the role of each individual in combating the growing trend of hate speech. The Ministry of Foreign and European Affairs of the Slovak Republic organised the exhibition in Bratislava, Geneva and New York in 2019.

Since 2005 the Slovak Republic is a permanent member of the International Alliance for Holocaust Remembrance (IHRA) and actively participates in an international project to restore the place of memory in the former Nazi extermination camp Sobibor, in which a large number of Slovak Jews died. IHRA is a group of countries that focuses on international cooperation in Holocaust education, research and preservation, but also on the topic of Roma genocide, the fight against Anti-Semitism, and the denial and distortion of the Holocaust. The coalition currently has 35 members.

The Slovak Republic also pays attention to other human rights issues: for example, women's rights, children's rights, the rights of people with disabilities, support for civil society and human rights defenders, and the respect for fundamental principles of democratic society and the rule of law. For example, in September 2020 Minister I. Korčok spoke in the urgent HRC debate on the human rights situation in Belarus concerning the rigged presidential elections in August 2020 the Slovak Republic supported. This debate was hold upon request of the European Union including Slovakia. For the period of its membership in the HRC (2018-2020), the Slovak Republic has spoken in several discussions organised with UN High Commissioners for Human Rights and UN Special Rapporteurs on selected topics and countries (e.g. freedom of religion, children's rights - the fight against trafficking and violence against children, the right to education, freedom of assembly, racism, Belarus).

The value orientation of the foreign policy of the Slovak Republic is expressed by the approval of the first Concept for the Promotion of Human Rights and Democracy in the World by the Ministry of Foreign and European Affairs of the Slovak Republic on 24 May 2021 and the appointment of the first Ambassador for Human Rights, Mr. Peter Burian (14 July 2021), who will facilitate its implementation.
The Ministry is thus building on its successful membership of the UN Human Rights Council (2018-2020) and other activities in 2020, two of which - activities and projects to support Belarusian civil society in the wake of the events following the rigged presidential elections on the basis of Government Resolution No 538 of 2 September 2020, and the intensification of cooperation with the European Endowment for Democracy (EED) through the conclusion of a Memorandum of Understanding (17 February 2020).
The ambition of modern Slovak foreign policy is to proactively use the full range of foreign policy instruments to promote human rights and democracy in the world, both politically and through activities and projects.
The basis for these activities is provided by the Manifesto of the Government of the Slovak Republic 2021-2024 and the Security Strategy of the Slovak Republic 2021.
From a thematic perspective, the democratisation and human rights policy of the Ministry in
Territorially, project support will focus primarily on the Western Balkans and Eastern Partnership regions, in synergy with other foreign policy instruments of the Slovak Republic, such as development cooperation, economic diplomacy, public and cultural diplomacy of the Slovak Republic. 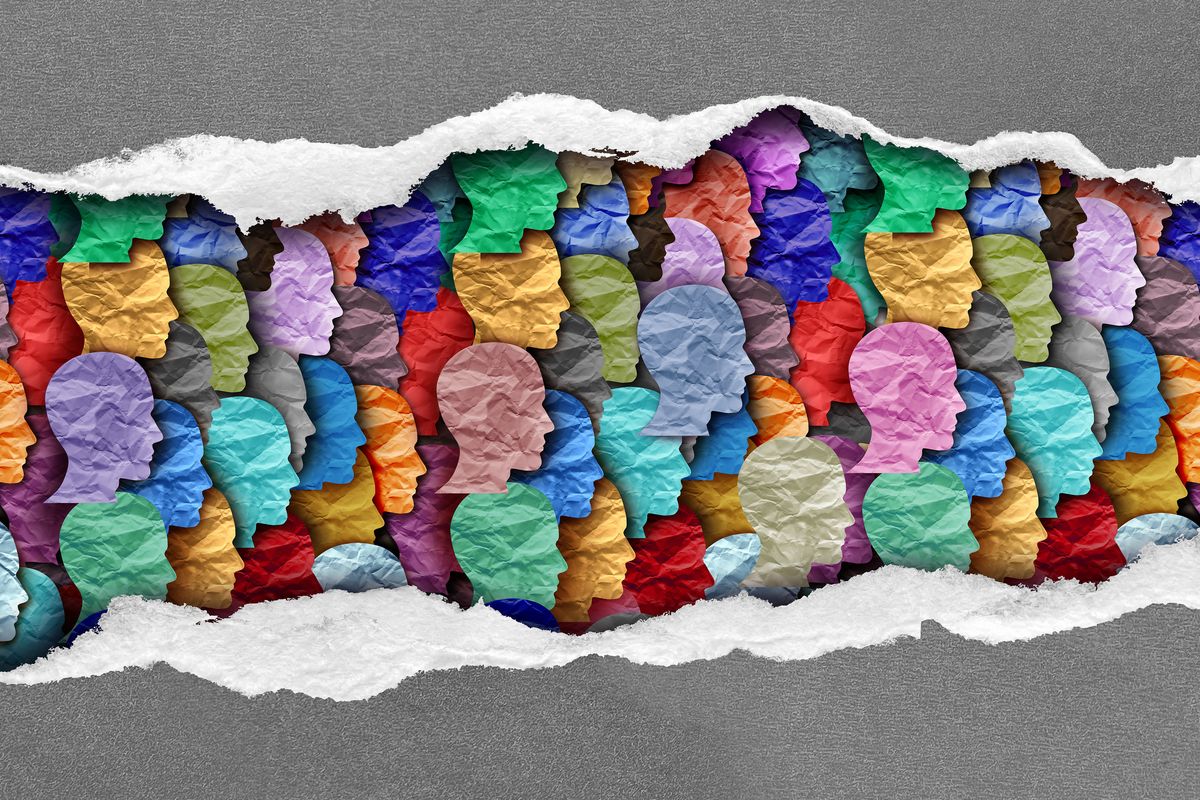