The United Nations Organisation remains an important platform for Slovakia to promote both national and common European values. Slovakia focused on five main priorities in 2021: 1. Protecting the environment and combating climate change; 2. Strengthening the health architecture, eliminating the consequences of the COVID-19 pandemic; 3. Promoting peace and security in the world; 4. Promoting and protecting human rights, and 5. Strengthening digital transformation and harnessing innovation. When it comes to pursuing its priorities, Slovakia followed the 2030 Agenda for Sustainable Development.

In 2021, Slovakia was appointed Vice-Chair of the Peacebuilding Commission (PBC). The PBC is a key supporting body in the broader peacekeeping agenda. Through this important post, Slovakia was also able to actively support peacebuilding activities in conflictaffected countries. Slovakia co-chaired, together with South Africa, the UN Group of Friends of Security Sector Reform, where the country was particularly involved in supporting the building of reliable and credible institutions in post-conflict countries. 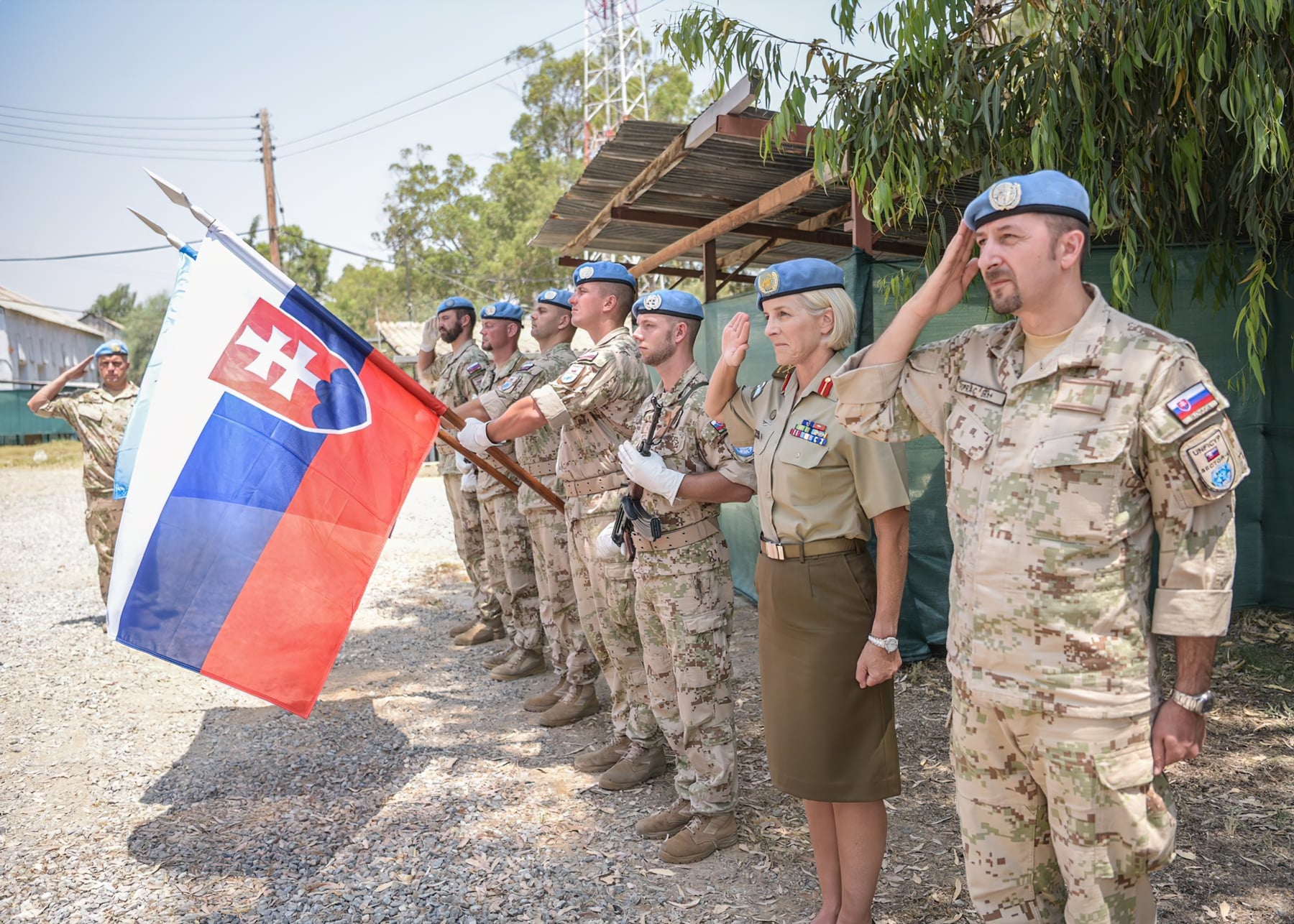 Slovak soldiers and police have been involved in Cyprus for two decades in upholding the ceasefire and respecting peace agreements. In doing so, they contribute significantly to preventing a resumption of the conflict. (Photo: MFEA SR)

Together with other UN members, Slovakia continued to promote the UN Secretary-General‘s „Action for Peace Operations“ initiative and actively contributed to UN peacekeeping operations. The main contribution was the deployment of 241 Slovak soldiers and 5 police officers in the UNFICYP peacekeeping mission in Cyprus. Slovak soldiers have also been serving for a long time in the UNTSO mission, whose task is to monitor the ceasefire in the Golan Heights between Israel and Syria.

With regards to the pandemic, the Slovak Republic supported the exchange of information, the sharing of data and best practices in multilateral forums, particularly as part of the World Health Organization (WHO). Slovakia became a member of the Friends of the Pandemic Treaty group and advocated for the nomination of a Slovak candidate to the WHO Executive Board. This will be Slovakia‘s first ever seat on this body. To combat the pandemic, Slovakia has provided financial and material assistance to partner countries via WHO, the COVAX programme and direct donations of vaccines.

In the context of global challenges, Slovakia supported the German and French initiative Alliance for Multilateralism established in 2019. In the context of efforts to reform the UN system and make it more efficient, Slovakia was active as a co-chair of the Ad Hoc Working Group on Revitalizing the Work of the UN GA.

The Slovak Republic took part in joint activities with agencies and organisations from within the UN system. Since 2021, the Slovak Republic has been a member of the UNICEF Executive Board. In cooperation with the UNDP, the country has helped implement joint projects in the Western Balkans. It has succeeded in promoting the inclusion of two ancient Roman monuments in Bratislava and Iža on the UNESCO World Heritage List. 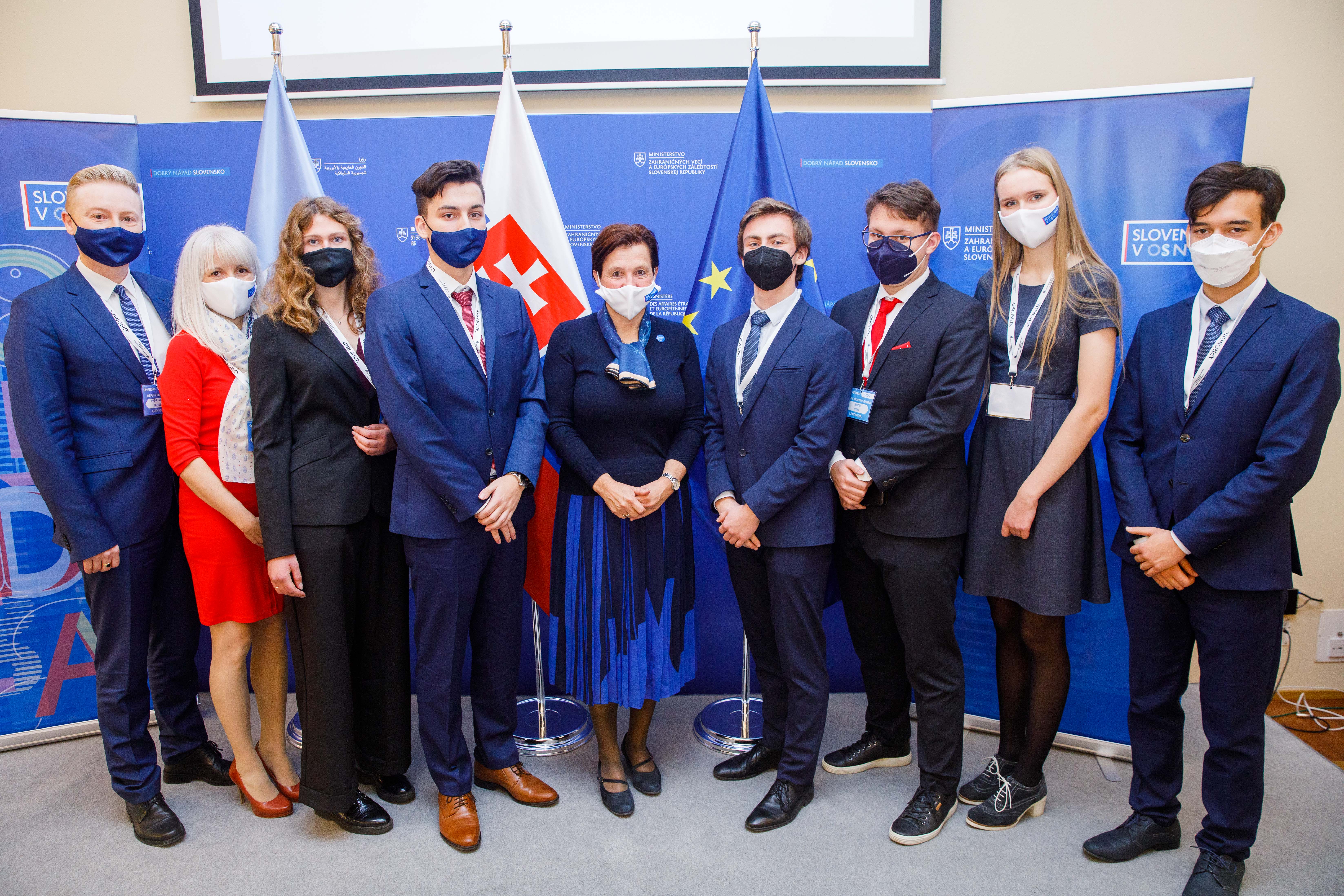 The Foreign Ministry placed great emphasis on communicating global issues to the broader Slovak general public. In October, for the first time, a series of events called UN Week in Slovakia took place, in which hundreds of interested people, especially young people and students, actively participated.

Slovak diplomacy actively participated in the UNGA and ECOSOC reform processes, with an emphasis on the role of multilateralism and the importance of the UN in guiding the implementation of the sustainable development goals. We paid significant attention to the 2030 Agenda.