Economic diplomacy activities in 2021 were also marked by the pandemic. A number of events and business missions were transferred to the online space. At the beginning of the year, Brexit resonated the most. Therefore, the Foreign Ministry, together with other partners, regularly informed entrepreneurs about the new business regime with the United Kingdom after the end of the transitional period. The main focus of the activity of economic diplomacy was the continuous support of presentations by Slovak companies at fairs and exhibitions, mediation of business contacts and support for bilateral partnerships between them. These focused on Azerbaijan, Georgia, Kazakhstan, Russia, Serbia and Uzbekistan during the last year. In addition to providing practical assistance to entrepreneurs and mapping out measures mitigating the consequences of the pandemic abroad, Slovak diplomacy sought to seize the opportunities created by the crisis. The Ministry actively supported activities aimed at implementing latest trends – digitalisation, green economy, electro-mobility and biomedicine. In this sense, economic diplomacy was primarily about the synergy of its actors. In autumn 2021, the Ministry of Foreign Affairs, as coordinator of these Slovak activities abroad, created a coordinating platform of central state authorities in the field of external economic relations called “Team Slovakia”. 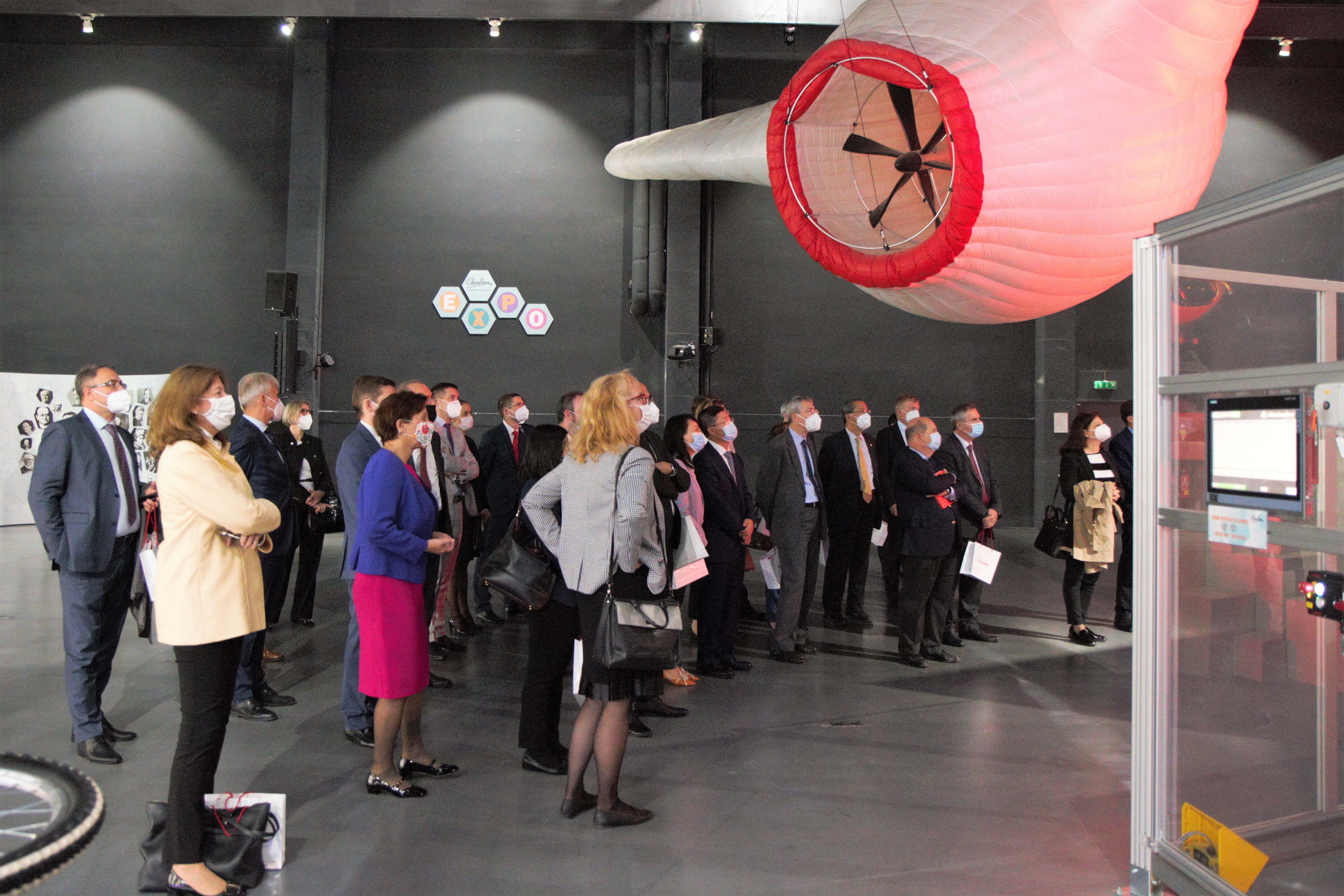 At the Innovation Day event, successful innovative Slovak companies are presented to foreign ambassadors and ambassadors directly in the companies. In the picture, State Secretary Ingrid Brocková at Matador’s headquarters on 20 September 2021. (Photo: MZVEZ SR/Pavol Matejka)

Slovak economic diplomacy helped the private business sector, especially small and medium-sized enterprises, as well as state institutions. Several business missions abroad were carried out. In Bratislava, two intergovernmental commissions were held in the area of economy – Slovak-Serbian and Slovak-Russian. Events with the US, Iceland and Ireland in the pharmaceutical field and biotechnology were beneficial to the start-up environment. The promotion of cooperation in science and research played an increasingly important role. Agreements were signed with Ukraine and memoranda of understanding with Montenegro and South Korea. The Slovak economic potential was presented at important trade fairs, e.g., at the defence industry fair “DEFEA” in Athens, at the technology fair “Collision,” at the urban innovations fair “Smart City Expo World Congress” in Barcelona, at the biotechnology fair “USA BIO Digital,” as well as at the industrial development fair “Innoprom“” in Ekaterinburg. Slovak winegrowers managed to win significant awards in Japan and Chile.

The Organisation for Economic Cooperation and Development (OECD) commemorated its 60th anniversary. Slovakia was an active member, contributing to the adoption of two strategic documents – a declaration on the pandemic crisis and a strategy for relations with third parties. October 2021 brought substantial progress on the reform of the international taxation system, based on a proposal by the so-called OECD/G20 Inclusive Framework (IF), which includes Slovakia. The aim is to introduce common tax rules for companies to pay a fair share of tax, regardless of where they operate and generate profits. National and private sector representatives participated in regional cooperation activities with Western Balkan countries and the Eastern Partnership under the Central European Initiative (CEI) Action Plan 2021-2023.

To further bring economic diplomacy closer to the business environment, an interactive communication platform called “Export Forum” with pro-export information and services for entrepreneurs was created in 2021. In September 2021, 251 representatives of Slovak companies and associations took part in its pilot meeting in Bratislava. 382 consultations between the public administration and the business community in the format of “G2B” were held. Another contribution by the Ministry to increase the involvement of small and mediumsized enterprises as well as scientific and educational institutions in the foreign activities of Slovakia was the cycle of professional events “From Regions to the World“ organised in cooperation with higher territorial units. In June 2021, 74 subjects participated in the first one in the self-governing region of Trnava. 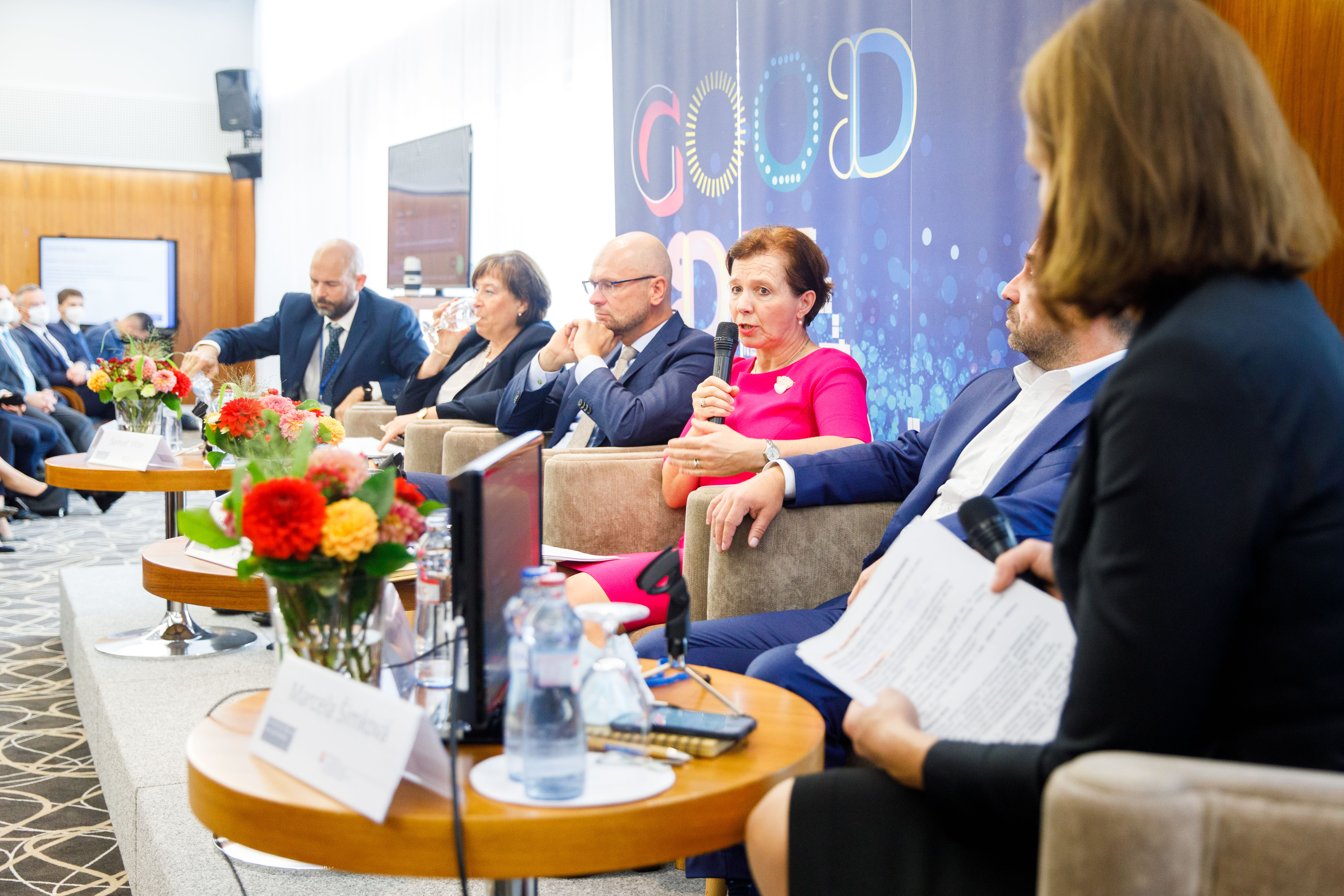 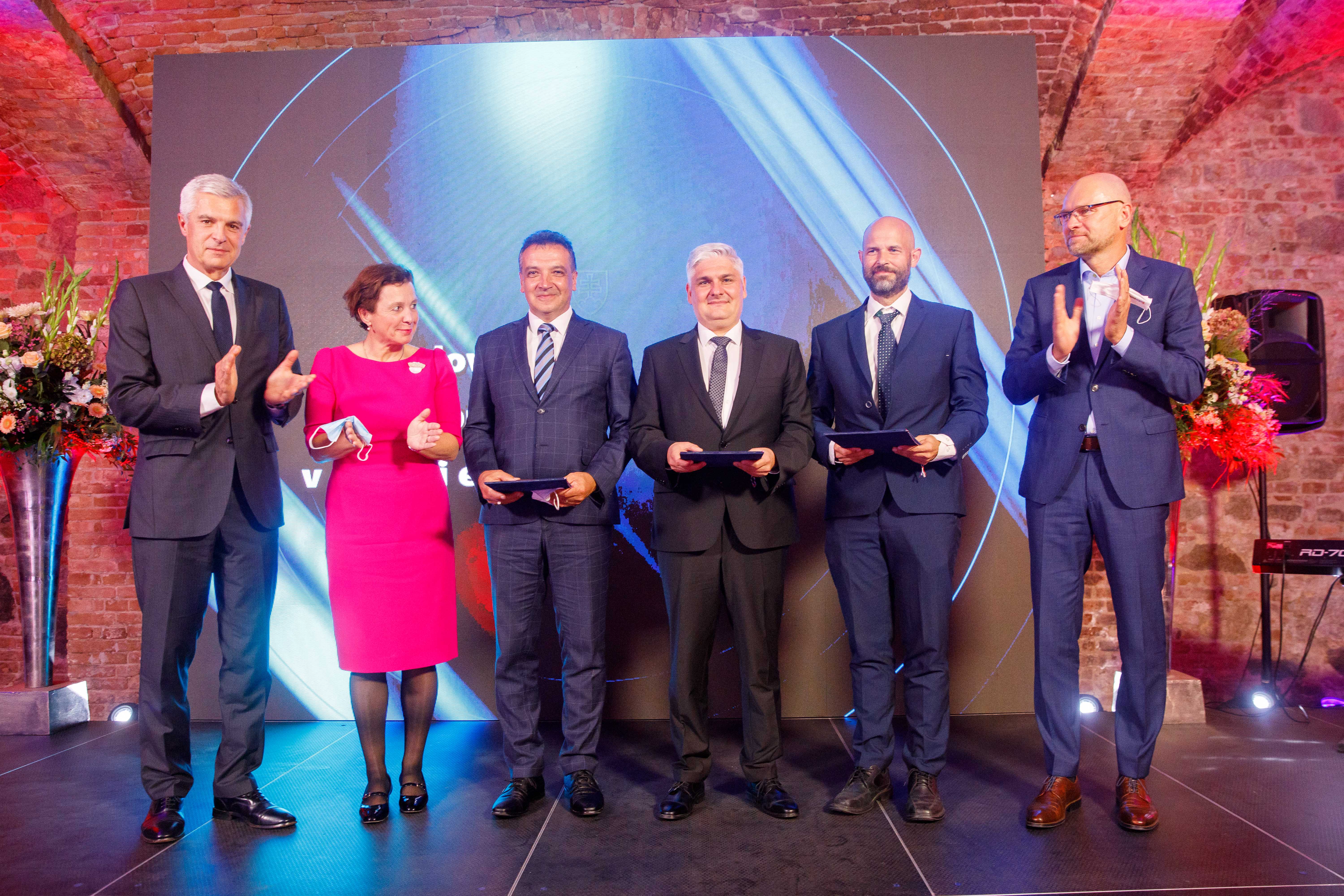 The Ministry supported foreign activities with strong international potential conducted by Slovak companies and scientific research centres. The Ministry was also active in supporting innovation at home, when during the regular “Innovation Days” event the companies Slido, AXON Neuroscience, IPM Group/Tachyum/InoBat, Aliter Technologies, Biomedical Centre of the Slovak Academy of Sciences, MATADOR Holding, Pixel Federation and HB Reavis were gradually introduced to foreign ambassadors in Slovakia. The concept was linked to the cycle “From Regions to the World.” The top manufacturer of ultralight aircraft SHARK.AERO (Senica), the Faculty of Materials Science and Technology of the Slovak University of Technology (Trnava) and the project “Courtyard” were presented in the Trnava self-governing region.

The Ministry supported the presentation of Slovakia at the EXPO Dubai world exhibition focused on hydrogen technologies, aviation and space. Slovakia fulfilled its obligations under the “Digital Coalition” platform. The involvement of Slovaks abroad, who are among the top in their fields, in events at home was an important part of the Ministry‘s work. The Ministry supported the initiative of the “Slovak Global Network” civic association, which seeks to identify domestic and foreign capacities, talented young people and foreign scientists who can move Slovakia forward and popularise science and innovation in Slovakia.